It’s official, I’ve started an Instagram profile for all my QA findings in the world. Follow me @lifeofatester.

Here’s how it all started.

After blogging for over a year, I found that there were so many things that kept presenting themselves to me (as all bugs do) but they were so random and one-off that I wasn’t able to blog about them. As the count became greater, I wanted an outlet to display all these bugs that I find on a nearly daily basis. I began thinking of the idea of an Instagram profile, but it was only an idea.

After not sleeping one night because of excitement, I finally broke down and created an “Insta” for Life of a Tester (@lifeofatester). This was the same feeling I had when I started blogging, the inability to sleep due to excitement, leading me to begin blogging about nerdy QA stuff. 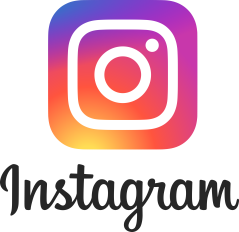 Alright, now I officially had a profile created and had to begin posting. After very little online research I began posting about every two days or so. I figured this would be a good start to make my presence known and also display the world of software bugs that are out there. However, much changed very quickly.

I began seeing so many “bugs” in the world around us, totally unrelated, but still very closely tied to, software. It became evident that much of the world around us is littered with these “bugs” that just need to be exposed and fixed. And I’m not talking about grandiose world changing movements here, I’m talking about small stuff that is much more humorous in nature. Thus, my journey of Instagram-blogging became much more about fun QA humor and advice than it did about exposing the world of software bugs.

This has become much more entertaining and I get excited every day when I spot a new one. I quickly snap a picture, store it away in a folder, and prepare to post it in a day or two. Now I have a backlog of pictures to be posted, and an ever growing excitement to post them. What fun!

Someone recently asked me what my goal of this was or if there was a real purpose. The straight up answer is absolutely not. However, the answer I make up on the spot is usually something like, “right now, my goal is to get 100 followers on Instagram”, or “I just needed an outlet to express my QA analytical mindset, while I find ‘bugs’ in everyday things”. This has become more true over the last month or so.

Anyways, I’m up to about 45 followers in 25 posts, and climbing. That’s good enough for me.

So if you’re on Instagram, look up Life of a Tester (@lifeofatester) and follow me for some random miscellaneous QA humor. You won’t be disappointed (and that is definitely not a promise).

QA IN LIFE AND RESPONSIBILITY

I am a QA analyst everyday at work. I spend all day testing products, finding bugs, and reporting them back to the developers. That is my responsibility.

However I also find myself QAing life, usually just my own!